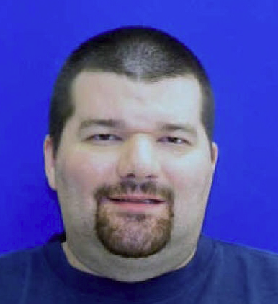 (ANNAPOLIS, MD) – An autopsy today positively identified a man whose body was found yesterday in a car in an Anne Arundel County parking lot.

The man is identified as Kevin P. Johnson, 37, of Chester, Md. The positive identification occurred today during the autopsy at the Office of the Chief Medical Examiner in Baltimore. Toxicology tests have been ordered as part of the autopsy, so the official cause and manner of death is pending. However, forensic pathologists told investigators their preliminary examination is consistent with what investigators believe was a self-inflicted wound.

At about 4:00 p.m. yesterday, Maryland State Police from the Glen Burnie Barrack responded to the park and ride lot on the Harry S. Truman Parkway, Annapolis, for the report of a body inside a car. Police had been notified by a man walking through the area who had passed the black Saturn Vue that was parked in the far corner of the lot. The car was registered to Johnson.

Maryland State Police investigators from the Criminal Enforcement Division and crime scene technicians from the Forensic Sciences Division responded to the scene, as did a forensic investigator from the Office of the Chief Medical Examiner. Anne Arundel County Police also provided assistance.

On the afternoon of July 4, 2014, Johnson’s sister reported him missing to Maryland State Police at the Leonardtown Barrack. She said Johnson had been staying at her father’s home in Leonardtown during a visit, which he did on occasion. Sometime during the early morning hours of July 3rd, he apparently left the residence and they had not heard from him.

Lookouts were issued for Johnson, but the missing person investigation had not developed any information concerning his whereabouts. An exact date and time of death has not been determined at this time through the autopsy, but doctors told State Police investigators Johnson could have been dead since July 4th, the day he was reported missing.

HERE ARE THE FUTURE LEADERS OF MARYLAND: CHARLES SHERIFF NEWS BEAT: Alleged spitting drug dealer Kaleb Brooks threatened to shoot dog; Bright pal showed up while cops were executing search warrant was packing heat WALDORF, MD. – It all started when a resident of Waldorf walking a dog asked for a person to not pet […]

COURT NEWS: MS-13 Member Moises Alexis Reyes-Canales aka ‘Convicto’ Sentenced to 35 Years’ Imprisonment for Racketeering Conspiracy and Other Violent Crimes According to prosecutors, a Maryland man was sentenced September 15, 2021, to 35 years in prison for conspiracy to participate in a racketeering enterprise, murder and attempted murder in aid of racketeering, and other […]

BIDEN’S SUPER SPREADER: Haitians being picked up in ocean transit by Coast Guard and returned to Haiti; while thousands of illegals are walking thru the Rio Grande at Del Rio, Texas bringing a fresh blue wave of Covid with no masks and no vaccine shots; 400 Border Patrol Agents Rushed to Texas

400 Border Patrol Agents Being Rushed to Border; Biden Issues Statement Telling Would Be Immigrants to Stay Home Following Eight Months of Open Borders and More Than A Million Rushing In For Free Stuff The Department of Homeland Security (DHS) is immediately implementing a new, comprehensive strategy to address the increase in migrant encounters in […]

CRIMINAL MIGRANTS: These criminals have been released into your community by sanctuary jurisdictions

COURT NEWS: Order in the Court! The Judge is Eating Beans! Despite a high court ruling, the Maryland Judiciary is still refusing to divulge codes that hide the identities of District Court Judges

Administrative Office of the Courts, et al. v. Abell Foundation, Case No. 1955, September Term 2019. Opinion by Nazarian, J. MARYLAND PUBLIC INFORMATION ACT – ADMINISTRATIVE RECORDS – DISCLOSURE OF RECORDS Maryland Rule 16-905 requires the custodian of an administrative record to deny a request to disclose that record unless (among other things) the record […]