Where is Will Judge?

PORTSMOUTH, Va. — When three men visit an uninhabited barrier island owned by The Nature Conservancy for a camping trip and one of them goes missing at about midnight, the question has to be asked: what happened? The Coast Guard wasn’t notified until nearly 13 hours after the fellow campers reported that they noticed the man was gone. Did the man disappear like Natalee Holloway did in Aruba?  Or, did the camper get lost and wander off into the ocean, or, did something more sinister happen?

The Coast Guard reports that they and other law enforcement agencies are searching for the missing man southeast of Quinby, Virginia, on Saturday, Oct. 21, 2017.

Watchstanders in the Coast Guard Sector Hampton Roads Command Center in Portsmouth received notification at about 2:40 p.m. Friday that 36-year-old Will Judge of Baltimore, Maryland, last seen camping on Parramore Island near Quinby Inlet, was missing. He was last seen about midnight Thursday by two fellow campers after the three used two kayaks to get to the island.

Both kayaks the men used to get to the island are accounted for.

“The Coast Guard and our partner agencies searched through the night and are searching again today,” said Capt. Richard Wester, commander, Sector Hampton Roads. “Our thoughts go out to the friends and family of Mr. Judge during this difficult time.”

Located mid-way along Virginia’s Eastern Shore, Parramore Island is the state’s largest natural area preserve. More than seven and a half miles long, the island is one of 14 uninhabited Atlantic barrier islands that are part of The Nature Conservancy’s Virginia Coast Reserve. The island features a high-energy beach and dune system, a globally rare maritime scrub community, and expansive salt marshes.  The TNC bought a nearby island with an abandoned Coast Guard Station and paid a commercial house mover to barge the station to nearby Oyster, Va. to set up a bed and breakfast and recreated the Coast Guard station for visitors. The economics of the effort was widely criticised as a misuse of the funds donated to the group and the old restored station is now for sale.

Parramore Island can only be reached by boat. Access is restricted to educational or research purposes and only by arrangement with The Nature Conservancy.

For visitation information CONTACT: the Virginia Coast Reserve office of The Nature Conservancy at (757) 442-3049

the station was loaded on a barge by The Nature Conservancy in 1998 and brought to its present setting on Brockenberry Bay at the Village of Oyster where it was restored at a cost of over double the current asking price.

Cobb Island Station-the last great Coast Guard facility on the historic barrier islands of the Eastern Shore. Decommissioned in 1964, the station was loaded on a barge by The Nature Conservancy in 1998 and brought to its present setting on Brockenberry Bay at the Village of Oyster where it was restored at a cost of over double the current asking price. Today, Cobb Island Station is impeccably maintained and surrounded by conservation easements. Cobb’s waterfront is open to kayaking channels up and down the Barrier Islands with deep water access and the potential for a private dock is available. Offered fully furnished. Contact Joe Samuels 434 981-3322

ONE MILLION DOLLAR PRICE REDUCTION!! Virginia’s Eastern Shore first served Native Americans as hunting and fishing grounds; later a hideout for Pirates and later still a private setting for well-heeled travelers. About 1840 Nathan Cobb left Cape Cod in his schooner to find a better climate for his wife. Struck by the beauty of the Eastern Shore’s barrier islands, he settled on a little island about seven miles long. Soon thereafter he discovered the monetary reward of salvaging the ships that wrecked in the uncharted waters and bought the island for $20 and 100 bushels of salt.

By 1876 the island was known as Cobb’s Island and the family sold a small portion of their island to the United States Government for construction of a Coast Guard Station. In 1936 the Coast Guard decided to replace an aging structure with the improvements described here. There are few changes to the Colonial Revival design created by the Coast Guard’s Civil Engineer’s office under Franklin Roosevelt’s Civil Works Administration program. The structure served the Coast Guard for 28 years and was decommissioned and left vacant in 1964. In 1973 The Nature Conservancy (TNC) began its campaign to protect the barrier islands. Today, 14 undeveloped islands, including Cobb, are included in the Virginia Coast Reserve protecting the Eastern Shore communities as well as thousands of acres of pristine salt marshes, tidal mudflats, and shallow bays. By 1998 the station had suffered substantial deterioration. TNC loaded the building onto a barge and brought it to a location off Oyster Harbour to be restored. It took three years. The Keeper’s cottage and secondary buildings were added to complement the original Station and provide a superb environment for the individual, the sportsman or the corporation. In all there are over 11,000 square feet of livable space that includes 10 bedrooms, seven full baths (two handicapped accessible) and three handicapped accessible half baths. A chairlift/elevator serves two of three floors. The professional kitchen is an opportunity for the chef or the ambitious host. The dining hall will serve your friends or your conference group.

The original Boathouse can seat up 28 or host 100 people for a Retreat, B & B or, with large drop-down screens (2) provide a video setting for the family compound. The Property is 32.3 acres -17 acres tidal salt marsh with 4 acres of intertidal emergent and scrub/shrub wetlands. There are five acres of high ground and forest. The latter includes Short Pine, Red Cedar, and Wax Myrtle. Baccharis (perennial shrub) and Phragmites (common reed) are invasive but serve the beneficial purpose of soil stabilization and windbreak.

Here, too, is Elderberry and wild fennel. Cobb Island Station has direct access to kayaking channels in Brockenberry Bay and deep water access in Oyster Harbour. The present owner has obtained a permit for construction of a private deep-water dock in Oyster Harbor valid until June 8, 2012, when reapplication will be required if not constructed as designed. (Permit and designs available on request.) Virginia’s Coast Reserve is renowned for the protected and pristine character of the barrier islands. Here is unparalleled sport fishing including the mighty Tarpon but also channel bass, bluefish, and stripers. The seaside marine life includes flounder, croaker, sea bass and tautaug. Blue crab, clams, and oysters grow wild and offshore fishing for tuna, marlin and wahoo is nearby. The Station is in the Atlantic Flyway, a globally important coastal migration corridor. Migratory routes from central and eastern Canada converge on Virginia’s Eastern Shore for the mallard, black duck, pintail, greenwing teal, brant, Canada and snow geese and the canvasback.

Aerial photo of Parramore Island, Virginia. The central portion of this island appears to be a transgressive barrier; less than 200 m wide with few dunes, this area experiences overwash frequently. This image was taken 1 day after slow-moving tropical storm Ida set up several days of extraordinarily high tides. In addition to the fresh washover fans of sand lapping onto the mucky peats of the lagoon, note the two sets of large offshore bars (lines of breaking waves), developed during the storm by sediment moved offshore from the beach. North is to the upper right corner. (photo taken November 15, 2009, obtained at Google Earth, UTM 18S 440300 E, 4157347 N). 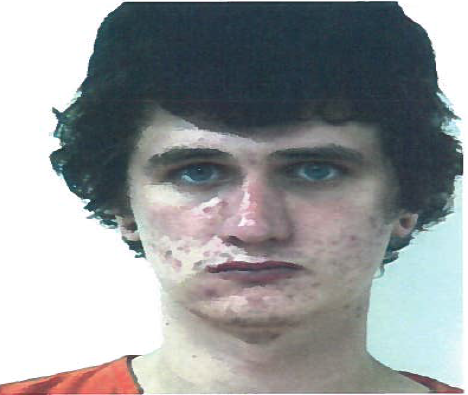 America’s Veterans: ‘Your Sacrifices Will Never Be Forgotten’

Harry “Buddy” Raley in 1942, just after being drafted into the United States Army. World War II Heroes: ‘ Your Sacrifices Will Never Be Forgotten’ THE CHESAPEAKE TODAY SPECIAL FEATURE (Editor’s Note: This article was initially published in 2006 and is being presented again as a tribute to America’s Veterans in 2021.” CALLAWAY—Sixty years ago, […]

MOVIE MADNESS WITH JUNGLE CRUISE: Nieman Marcus Branch had a big day at the movies!

Bringing Order to the Court By Kenneth C. Rossignol THE CHESAPEAKE TODAY (This article was initially published in 2008) LEONARDTOWN — St. Mary’s Senior Circuit Court Judge Marvin Kaminetz spent a long time serving as the county’s Juvenile Master before being appointed to the bench by then-Governor William Donald Schaefer. It was a dress rehearsal […]

The FBI is offering a reward of up to $50,000 for information leading to the arrest of a New Zealand man who allegedly coerced young women into filming sexually explicit videos. ﻿Michael James Pratt and co-conspirators allegedly used the internet to recruit young women for modeling jobs. The women who responded were later told the jobs […]

GUNS IN WALDORF: Judge Kenneth Talley let gunman D’Andre Curtis loose from slammer with no bail needed WALDORF, MD. – Just another day in the Ghetto of Waldorf and another opportunity for a Lunatic Maryland District Court Judge to toss an alleged dirtbag caught red-handed with a gun in his waistband back on the streets. […]

SPIES AND LIES: U. S. Navy Rocket Scientist Jonathan Toebbe & Wife Diana Can Get Cameo on Spy Series ‘Americans’ after their arrest for allegedly selling secrets of US nuclear warships

SPIES AND LIES: U. S. Navy Rocket Scientist Jonathan Toebbe & Wife Diana Can Get Cameo on Spy Series ‘Americans’ after their arrest for allegedly selling secrets of US nuclear warships Dead Drop for Secrets Was in Chewing Gum Package and Half a Peanut Butter Sandwich! SPIES AND LIES: UPDATE U. S. Attorney filed motion […]