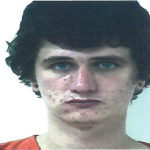 Drummond had been charged with Drug Kingpin charges as well as five other counts on June 23rd and locked up in jail on June 24th and released on July 21st, when the Queen Anne’s County States Attorney dropped all the charges. The police and prosecutors filed new charges against Drummond just in time for him to be arrested again on July 25th.

Drummond must have a hard time running his drug kingpin business allegedly selling heroin to the brain-dead druggies of Maryland when he spends so much time behind bars.

In a Caroline County Circuit Court trial held on March 25, 2014, Drummond faced charges of drug possession and attempting to elude police by beating feet in an incident which took place on Oct. 25, 2014. In a plea deal arranged by his attorney Stephanie A. Shipley of Easton and the Caroline County States Attorney, Drummond was found guilty on July 10, 2014. He was sentenced to 90 days in the slammer with no time suspended. Drug possession charges placed on Oct. 26, 2013 by Officer John Labelle resulted in a trial on Jan. 31, 2014. Drummond was found guilty and sentenced to three years and one day.

(DENTON, MD) – A cooperative cross-jurisdictional and multi-state drug investigation has led to at least four arrests with more expected as police dismantle a drug trafficking organization they believe was responsible for the distribution of heroin and a variety of other drugs throughout the Upper Shore region.

The first suspect is identified as Byron S. Drummond, 27, of Denton, Md. He is charged with being a drug kingpin, possession of a large amount of a controlled dangerous substance (heroin), possession with intent to distribute narcotics, and two counts of possession of a controlled dangerous substance not marijuana. Following his arrest, Drummond was ordered held without bail in the Queen Anne’s County Detention Center.

COURT NEWS: Harford Drug Task Force Successful in Placing Drug Dealer and Killer Khalil Shaheed on Glidepath to Life in a Federal Prison for Dealing Fatal Fentanyl Overdose BEL AIR, MD. – A long-time Baltimore drug dealer who found dealing crack, cocaine, heroin, and guns was the way to prosperity and fame, might have a […]

LEXINGTON PARK CRIME AND DECLINE: Wild and Wooly – Robberies and Mayhem by Wahoo’s of Sin City break up the monotony of Wuhan Virus Crisis

LEXINGTON PARK CRIME AND DECLINE: Wild and Wooly – Robberies and Mayhem by Wahoo’s of Sin City break up the monotony of Wuhan Virus Crisis LEXINGTON PARK, MD.  – From the wilds of Liberty Street to the Hotel St. Mary’s in one easy lesson. When St. Mary’s Sheriff Department Cpl. Jason Graves showed up at […]

HEROIN COCKTAIL WAITRESS LENA KING KILLED ONCE, SIX YEARS LATER IS BACK IN THE SLAMMER FOR HEROIN

HEROIN COCKTAIL WAITRESS LENA KING KILLED ONCE, SIX YEARS LATER, SHE IS BACK IN THE SLAMMER FOR POSSESSION OF HEROIN Preface to this news and analysis article: It should be noted that nothing compared to the measures taken by the United States at every level for the Wuhan Virus from China has been undertaken to […]

COAST GUARD: searching for plane crash survivors near Emerald Isle, North Carolina; pluck a woman from one of the last cruise ships coming in from voyages

MURDER USA: PG Police say Wintrell Phillips killed roommate then shot self to death LANHAM, MD. – This is one murder that won’t play out for a long time. Prince George’s County Police report that the Homicide Unit is investigating a murder-suicide in Lanham. Police say that the victim, in this case, is 48-year-old James […]

We use cookies to ensure that we give you the best experience on our website. If you continue to use this site we will assume that you are happy with it. This website is not intended for those who live in the European Economic Area.Ok